I’m about to watch to watch the Grammy’s for the first time. I’ve been an Academy Award person. I haven’t watched the Academy’s in a few years.. For my own reasons… I’m bitter… Who cares. Anyway, the thing I always hated about the Grammy’s is that they were always so low-brow. The Academy’s had a kind of story-telling honor, the craft was something I always respected. And, after all, they all wore tuxes and stuff. It looked more honorable. Well, it looked more snobby. I dug it. The Grammy’s had all that low-brow, raw, undisciplined, self-serving grandiose, crazy outfit, nutzo, “I love my roadies”, ain’t we all so cool, obvious arrogance. Then I read an article a couple of years ago that tore that down. Really, all that pomp from the Academy’s was ridiculous. Those musicians have no more arrogance than the actors. They are just more honest about it. Those actors are no more controlled or humble than the musicians. Just read the gossips. The rockers are just being themselves.

Anyway, my 12 year old son has been torturing Joanne and I with AMP radio. It’s killing me. I believe this pop generation’s music will be remembered much the same way the groups of the 80s was. (I’m watching Gaga with the shoulders. Are you kidding me? See what I mean? The Grammy’s.) Joanne’s right, she’s this generation Madonna. Did you see the routine? What’s with the fascination with androgyny? You know what else? (And this is a post suitable for the Movie category, too.)

When Hollywood decides to share their thoughts with the world, what it doesn’t realize is that middle America, most of America, pretty much everyone who’s not on the West Coast or the East Coast, has got no idea what Hollywood thinks, and doesn’t care. (This holds for politics, too.) What if Hollywood produced scripts that were consistent with the moral, dreams, and goals of middle america? What would that be like? I suppose it would be at least a little bit like democracy.

I like the revolutionary spirit of the Grammys.
My personal thoughts (that mean nothing); Bruno Mars has the most ridiculous lyrics I’ve ever heard. “I’d catch a grenade for ya.” Bruno should have been born in the fifties. He’s be king. He should not be writing his own stuff. He needs Quincy Jones real bad.

You know what else is great about the Grammy’s? The performances are all right on the edge. It’s not all perfect. The artist gets picked up by the audience and is lucky to get back to the stage in time. It’s nuts. Why is it always snowing in the background of County Song videos?

I could go on and on. The sound of one hand clapping. 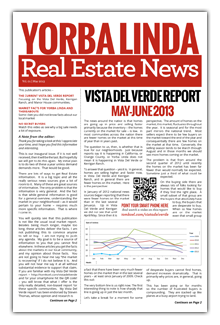